I was reading an article this morning about BetMGM adding LPGA betting.

Is there enough data available to add LPGA bets in the future?

Personally I love watching women’s golf when there’s not much else on, obviously I’m cheering for Lydia Ko since she’s a kiwi

Yeah, the LPGA does seem to be getting more attention from the bookmakers (due to increased demand from bettors, presumably).

Once upon a time we did offer LPGA predictions! Here is the now-defunct page. It is fairly easy for us to get all the LPGA data and automate a weekly model update based off that. However, there is relevant data besides the LPGA in women’s golf, and ideally I’d like to include that if we cover the women. It will be more much more work to incorporate this other data because there is no database with a common ID system like the OWGR for the men’s game. At least I don’t think there is. But if the betting interest in the women’s game continues to grow… could be worth the work!

Speaking of LPGA, what would you think would be the chances of a top LPGA professional qualifying for the men’s US Open? My guess is that if the top 150 LPGA pros all decided to qualify, a handful of players would qualify and we’d see one make the cut within 5 years. Obviously the men are better but I think they are good enough to pull it off once in a while.

I’m pretty sure Maverick McNealy would say that Danielle Kang is a better golfer than him.

Is there data available for shots gained for equivalent club (I.e. relative to average gender data) for elite male and female players? I would imagine the differential is more due to depth of numbers of each and will narrow over time.

I would be more interested in seeing LPGA members play a tournament like the RBC Heritage rather the US Open though if that was a possibility.

The reason I mentioned the US Open is because there is local and sectional qualifying. In fact, dozens of women attempt to qualify every year although it is rare for a top tier pro to do so. Michelle Wie is the last one I can remember.

While LPGA Tour is the dominant women’s tour, one would imagine that the data would have to include Europe, Japan, and South Korea at a minimum. Too much talent in the other tours to ignore.

Listen to Matts comments in ‘The Drop Zone’ podcast about the capabilities of golfers across just men’s tours.

I hope one day we see a female golfer compete with the men but from the data it seems unlikely.

Well I think there is a big difference between making a living playing on the PGA Tour and qualifying for the US Open and making the cut. The latter is a lifetime dream for many golfers who are nowhere near Tour level and many have accomplished the feat in the past.
From a fan’s perspective it would be sensational to see, say, Jin Young Ko make the cut in the men’s US Open even though we know that she wouldn’t be competitive over the long run.

Non-LPGA Tour player wins the US Women’s Open, too much talent in Asia (and Europe). LPGA Tour is not nearly as dominant in women’s golf compared to PGA Tour in men’s golf.

They’re always welcome to enter qualifying for the US Open and the Open Championship
Dozens of women try every year, just not the top tier pros (except for Michelle Wie a few years back)

Colorado Open has a purse of $250K, including $100K for the winner. Definitely not chump change.

With a purse like that you’re going to attract a decent field.

There seems to be a handful of these independent tournaments that have a decent purse and field. Other examples include:

A lot of these tournaments are State Championships, run by the state golf associations.

FYI, it’s not unusual for current and former PGA Tour professionals to take part in these events.

I don’t think it’s unreasonable to believe that the absolute top women, provided they’re towards the top of the driving distance on the LPGA Tour, could make the odd cut on the PGA Tour on shorter courses with weak fields.

However, the money they’d get for playing well on the LPGA Tour is much greater than 9 missed cuts and a tied 56th on the PGA Tour. The prize money on the Korn Ferry Tour is also far less than the LPGA Tour.

Right, but you were talking about a female golfer making the cut at the premier USGA event. That’s a much different animal than one of these other events. If there’s a book offering whether a female makes the cut at the US Open within 5 yrs I’d be hard pressed to find the “No” too expensive.

That’s mostly because the female pros don’t make the attempt. If most of the top 150 LPGA tour pros attempted to qualify every year you’d get a different result.

I wouldn’t think so. They’d need to get through local qualifying just to get a crack at the final stage, where they’d need to finish in the top 4 or 5 of a field filled with PGA Tour players. Look at who qualified this week, and who missed out. 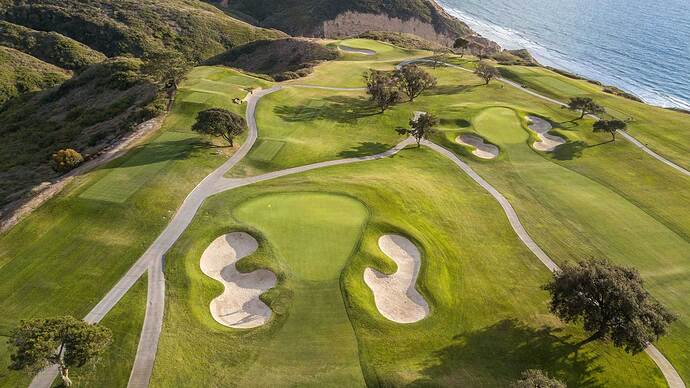 The 2021 U.S. Open field will become much clearer Monday as sectional qualifying takes place all over the country. Live scores updated all day long here.

I forgot about the local qualifying, that makes things much tougher
I’m guessing the progression would look like this:
150 → 30 → 1 → 0.05
It’s fine to disagree but some guesses on the odds would be appreciated too.

I think the skill level between the average PGA Tour players and the elite women is night and day as well, even if we take distance out of it.

That’s why Brendon Todd can win tournaments and be comfortably inside the top 100 in the world with an average drive of 274 yards. The likes of Henderson, the Korda sisters and Lexi Thompson all hit it around that length, yet they’d never be able to achieve anything like what Todd could.

Thinking that one woman a year would qualify from the 150 seems mental to me. I think you can basically draw a line through anyone who can’t hit at least as far as Todd, so that’s 120 players for whom making it is impossible.

For the other 30 who can compete with the length of at least the bottom players, the skill disparity means that to finish in the top 4 or 5 of an 80 man qualifying field over 36 holes they’d likely need to play better than they’ve ever played before. I’m not sure if you gave the 150 women twenty years they’d manage it once.