The splits by wave today are some of the biggest differences I can remember seeing. 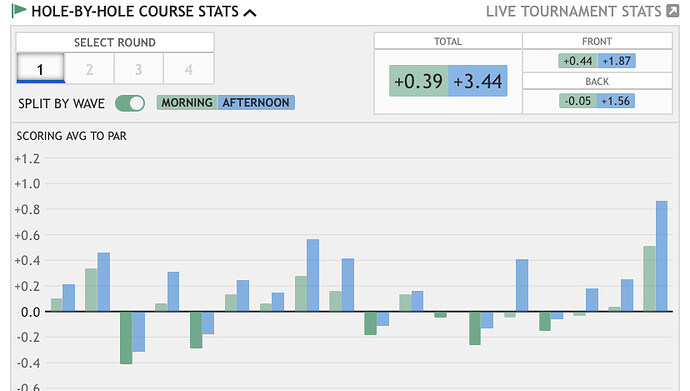 Ya this is absurd. I don’t recall ever seeing a 3+ stroke differential in a single round.

1992 US Open at Pebble Beach final round

Anyone on Ghim? Spent the last 2 months betting (and losing) on him. Just noticed he was +EV at Fanduel last night, but didn’t bet that and also didn’t have anything pre-tournament.